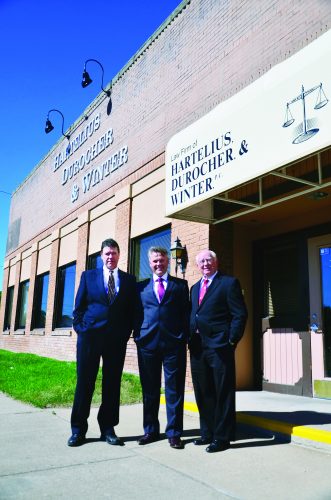 Hartelius, Durocher & Winter are hometown guys made good: these Great Falls High grads have been practicing law at their current location on the corner of Sixth Street and First Avenue South since 2010.

It’s logical that Channing Hartelius, the firm’s senior legal counsel, feels at home in a building that once housed a TV studio: whether he’s dressed as Austin Powers for a charity event or making an impassioned plea to a jury, there’s no denying that Channing was born to perform. 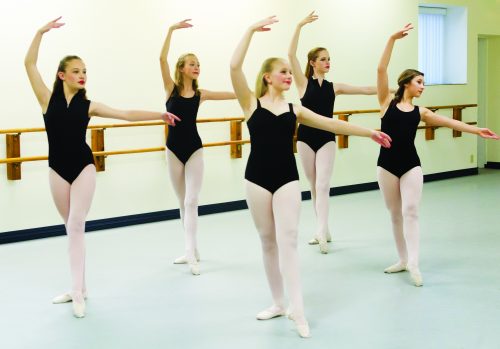 Whether you want to inspire your six-year-old, clamp a rose between your teeth, or have fun working off a spare tire, Great Falls’ Studio Centre will get you moving in the right direction.

Thanks to Miss Linda, Great Falls has seen countless productions and performances— and she’s taught some impressive professional performers, including Germany’s Kristin Tovson, Broadway’s Brett Tuomi, and Fuller’s own daughter, Shannon Hudson, who teaches and performs in London. 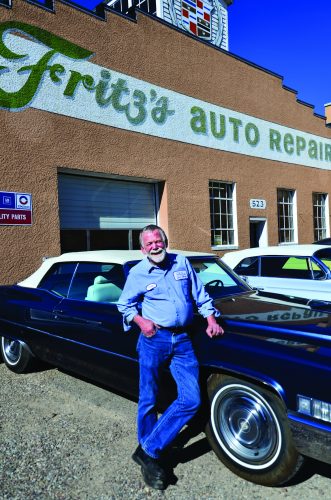 Caddy on the Fritz?

Beneath a dangling crescent wrench collection, Fritz Seitz leafs through an angled rack of repair manuals. Since 1979, this has been Fritz’s podium; these are his icons and holey books.

Welcome to Fritz’s Auto Repair, or…the Second Avenue South Church of the Cadillac, where pink grease replaces incense and a solid revving from a nearby repair bay gets the old Swain building to rumble ‘Amen.’

Fritz and his skilled mechanics work on Cadillacs, new and old—though the occasional Chevrolet rolls in.

Seitz practices what he preaches: his Caddy collection fills two nearby buildings. “If you’re going to work on a car,” he grins, “it might as well be a good one.”