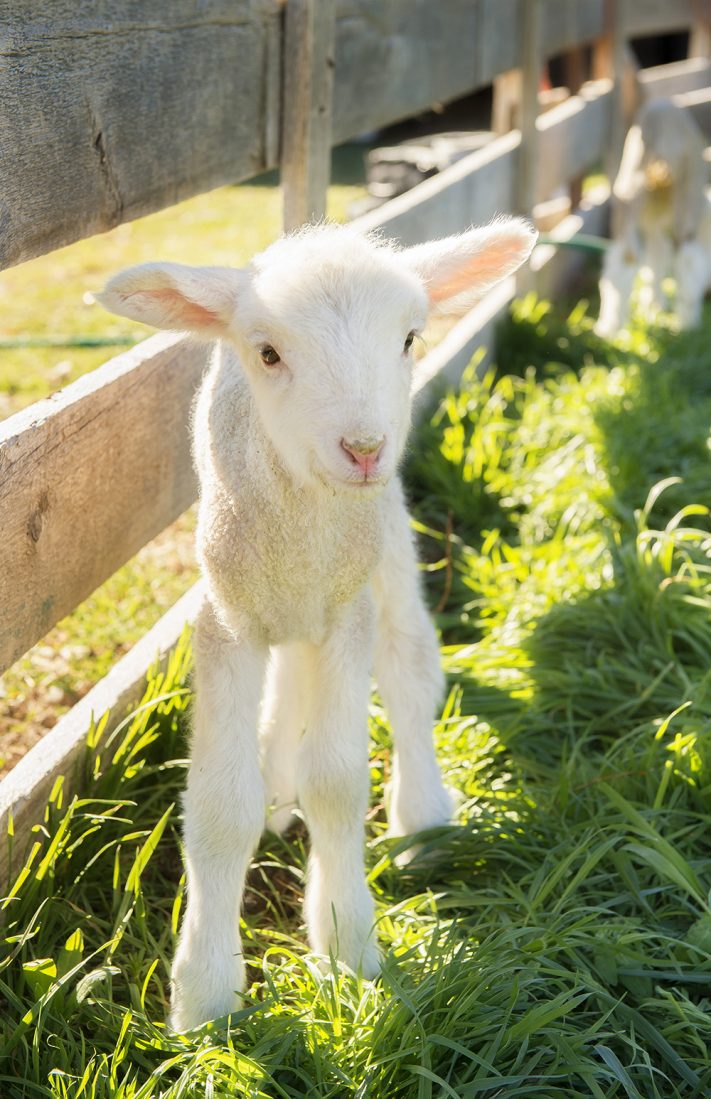 Under the Big Sky

It was a typical, rural Montana, early spring night featuring a cloudless, ink black sky with corner to corner stars, so bright they almost hurt your eyes to look at through the thin, frosty air. I wasn’t losing sleep to stargaze on this night though, and only caught occasional glimpses of the night sky through a crack in the barn door while wrestling with an old ewe. 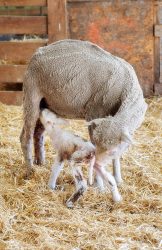 Ewe #361 had been laboring to deliver an oversized lamb for 20 minutes or more, was fighting fatigue and pain, and appeared to be at the stage where human intervention would be welcomed. After kicking me in the face with a wayward back leg as a means of introduction, she settled down and resolved to put up with my intrusion. Progress had come to a standstill for her, with a large, single lamb, toenailed in the birth canal, unwilling or able to progress another inch.

Toenailing occurs when a lamb is situated more-or-less correctly in the birth canal– front-feet-first, with head down and nose right behind the knees, giving the appearance of Superman diving out into a cold, but brave new world– but its front hooves become stuck along the ewe’s spine instead, right above the exit. 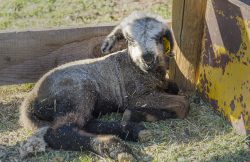 Lambs are generally delivered without complications. Thanks to Murphy’s Law, though, (something that all ranchers are familiar with) not all things go as planned. From minor irritation to life-threatening emergencies for ewe and lamb, complex births are where stock growers prove their mettle.

Old #361 was uncomfortable with the birthing process, and her lamb had become distressed from time spent in the birth canal. However, after minor manipulation of the newborn’s hooves and a few, well-timed, gentle pulls on its legs, a 10-pound lamb lay sputtering on the straw. Still half-encased in birthing material, the newborn ewe lamb laid virtually motionless as she struggled to take her first breath of outside air. And Old #361 got to work cleaning her up with a sandpaper-like tongue. 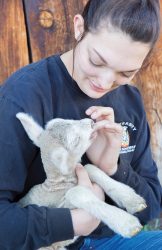 Scenarios like this are played out thousands of times each year across Central Montana as ranchers and sheep work together in the labor intensive, life and death process that comprises lambing season. After feeding, monitoring and protecting flocks throughout the fall and winter, ranchers find successful lambing seasons crucial to their operations long-term viability.

According to Thomas Chard, a 29-year veteran of the United States Department of Agriculture National Agricultural Statistics Service (USDA NASS), sheep production in Montana remains strong in relation to other states in the Mountain Region. With more than 230,000 sheep owned by 1,394 ranchers statewide, and representing an inventory value of over $49.5 million, it’s easy to see that the Montana sheep industry wields widespread economic impact, the extent of which hinges on productive lambing seasons. 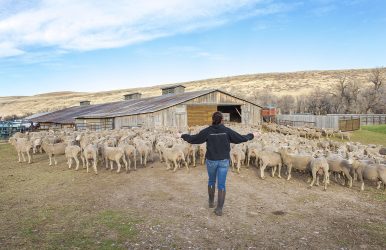 Beginning in late March and often coinciding with the tail end of calving, weather’s wildcard is often played during lambing season and the tumultuous transition from winter to spring. Rain, sleet, snow, high winds and low temperatures combine to complicate the process, but veterans of lambing sheds have developed and relayed tricks of the trade for decades to maximize lamb health and overall success.

Sometimes the simplest interventions are the most effective, as was the case with Old #361 and her newborn. With the ewe lamb struggling to breathe, my daughters swooped in, cleared its airway, tickled her nose with a piece of straw, and breathed a collective sigh of relief when the shivering lamb sneezed, coughed, and began breathing on her own. After showing the newborn where her food came from, we moved on to the next pen until the night was exhausted and so were we. 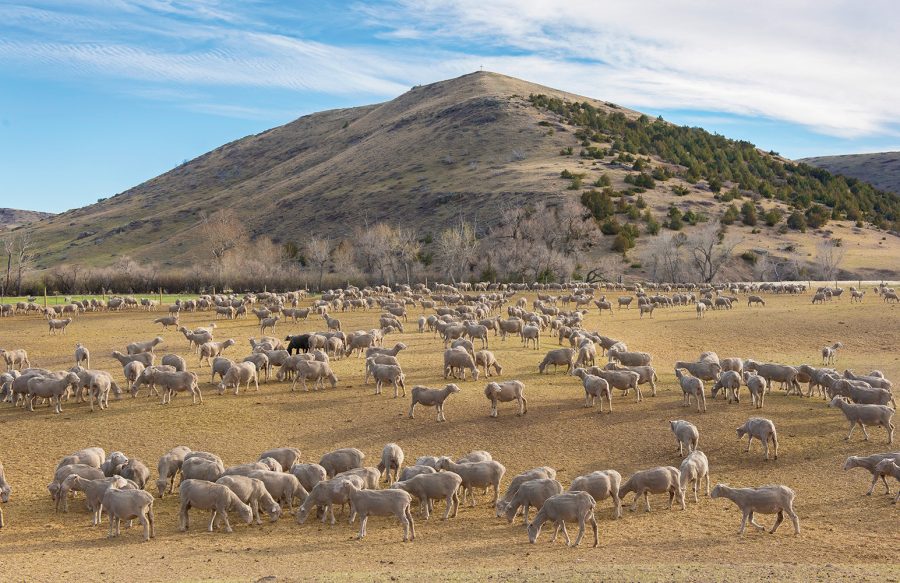 We left the lambing barn at the first light of day, heading for home and a warm bed, bone tired from effort and cold but overwhelmingly satisfied to have played our part in another successful lambing season in Central Montana. And, pleased to be up in time to see the sun rise in beautiful, Big Sky Montana.

• Lambing takes place in late winter / early spring throughout Central Montana. This is a result of an approximately 147 day gestation period from fall breeding cycles, often managed by ranchers to coincide with otherwise slack periods of agricultural living and to give market lambs time to put on weight before sale dates.
• Adult ewe’s commonly give birth to twins and even triplets, with some breeds and well managed flocks having a higher percentage of twins than single lamb births. Most ewe’s have no problem taking care of twins, but triplets usually result in one lamb being “bummed off” onto a ewe with only one lamb.
• Sheep dogs of assorted breeds are an essential tool in most ranchers’ toolbox to help protect, handle and herd their flocks throughout the year.