Lt. Col. in the Cockpit at UGF 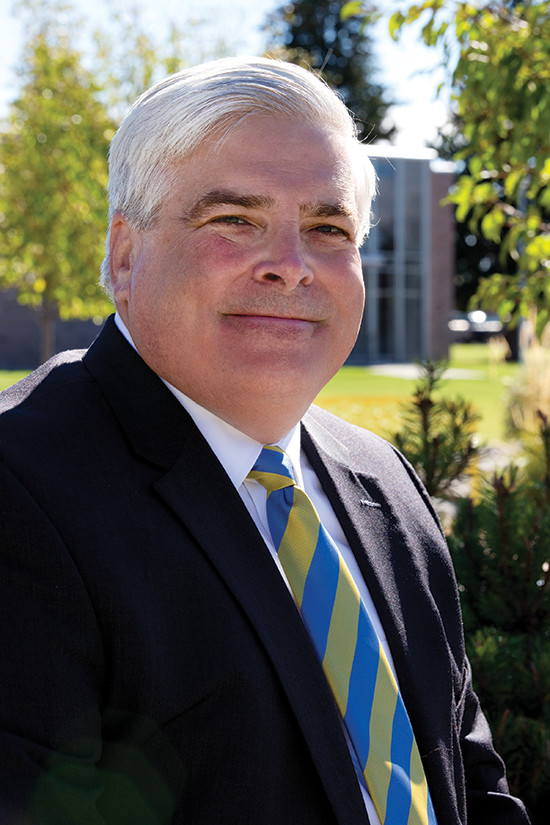 With school colors on his necktie, President Aretz is on the quad, ready for the hands-on challenge of running a bustling Catholic University.

Tony Aretz has always aimed high. After spending much of his military career as a professor at the US Air Force Academy, this retired Lieutenant Colonel set his sights on Catholic higher education on the Rocky Mountain Front. As the new president of the University of Great Falls, he’s working hard—and living the dream.

Aretz taught engineering psychology, a field that didn’t exist before the 1940s. “During World War II, good pilots sometimes crashed fine planes,” Aretz says. “It’s a matter of organizing, strategizing, and cockpit design.” A self described “systems thinker,” Aretz hopes to help students, professors, administrators, locals, and the Sisters of Providence fly in formation for many years to come. It doesn’t hurt that the Sisters also are associated with Providence Health Care, which is looking at UGF to develop talent in medical fields.

Tony and his wife Terry are busy exploring too. They’re impressed with all the attention to history. “We’re outdoor people who appreciate living in a place with four seasons.”

Terry is an art fanatic whose first visit to Great Falls coincided with Western Art Week. Tony laughs when he recounts Terry’s enthusiasm for their move. “I can live here,” she said.