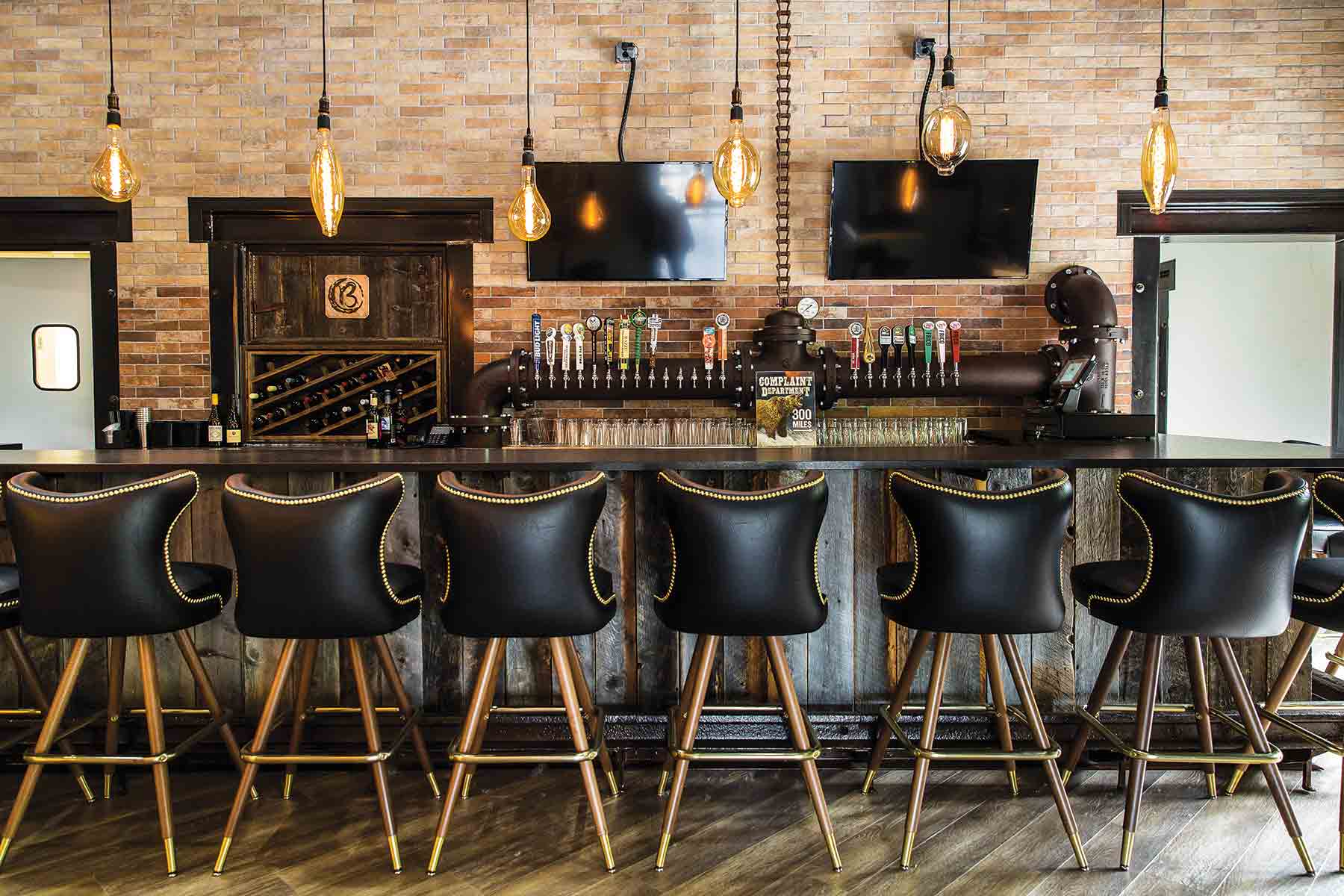 ABOVE: The tabletops were constructed out of racquetball flooring salvaged during the remodel. BELOW: The Grill & Taproom has a suspended floor allowing for beer from the beer cooler, with room for 44 kegs, to come up directly through the ductal iron beer system.

As a high schooler hand-digging a pool at the former Broadwater Athletic Club in the early 80s, you can bet Chris Johnson never imagined he’d one day own the land. And the pool. Together with his brother Scott and business partner John Rosa, Johnson purchased the Broadwater in February, 2015. 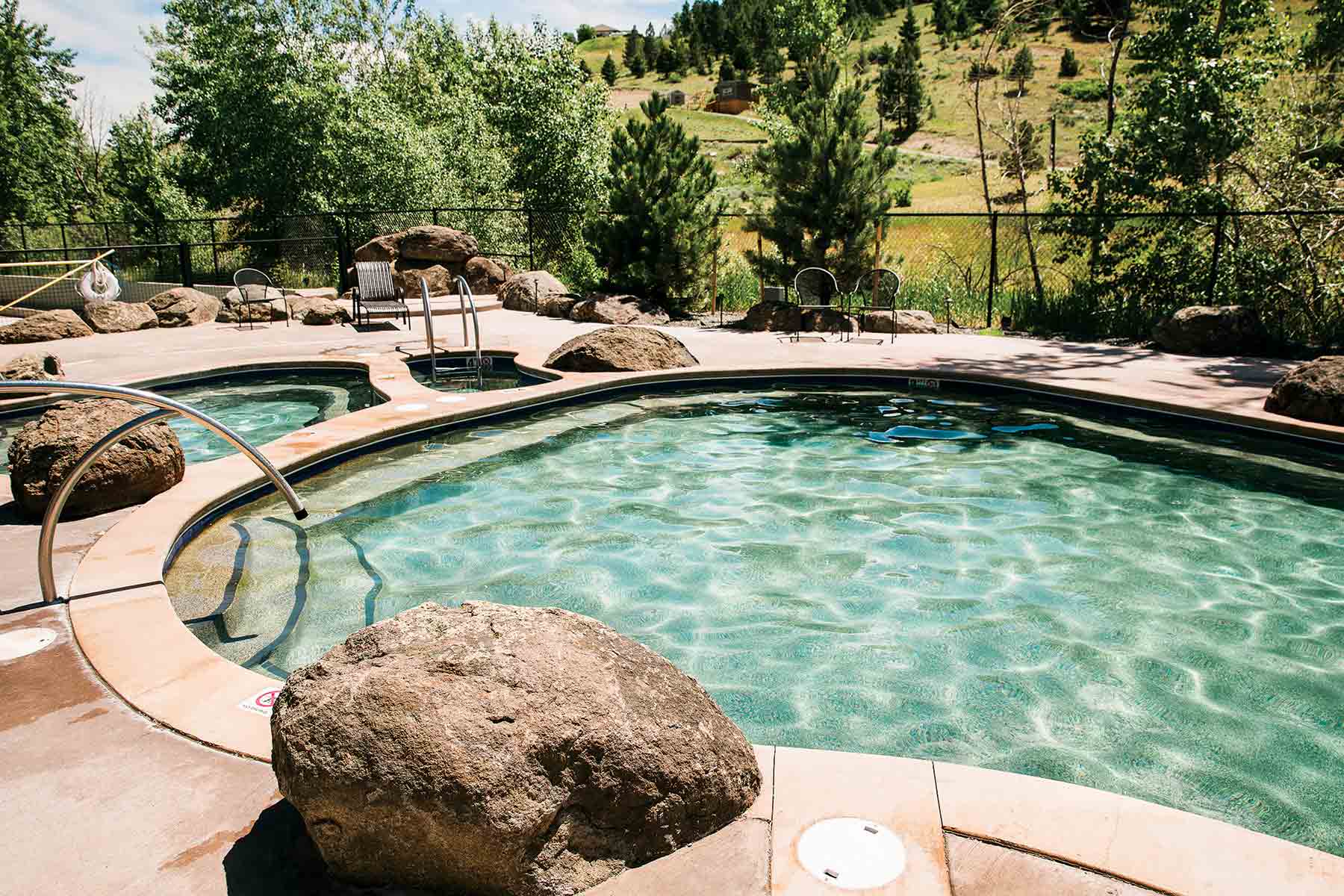 TOP: A comfy conversation area sits adjacent to the taproom. Direct access to the pools is also available. ABOVE: The pools border Highway 12, but traffic noise is muffled by the sound of happy soakers. A variety of pool temperatures, including a cool plunge, offers options for everyone.

Chris Johnson says, “When we were young, the Broadwater was THE place to be.” A thoughtful remodeling process aims at reclaiming that status.

Massive changes are evident, with more in the works. Johnson says, “We wanted the remodel to revolve around the pools. Anybody can put in a fitness facility. 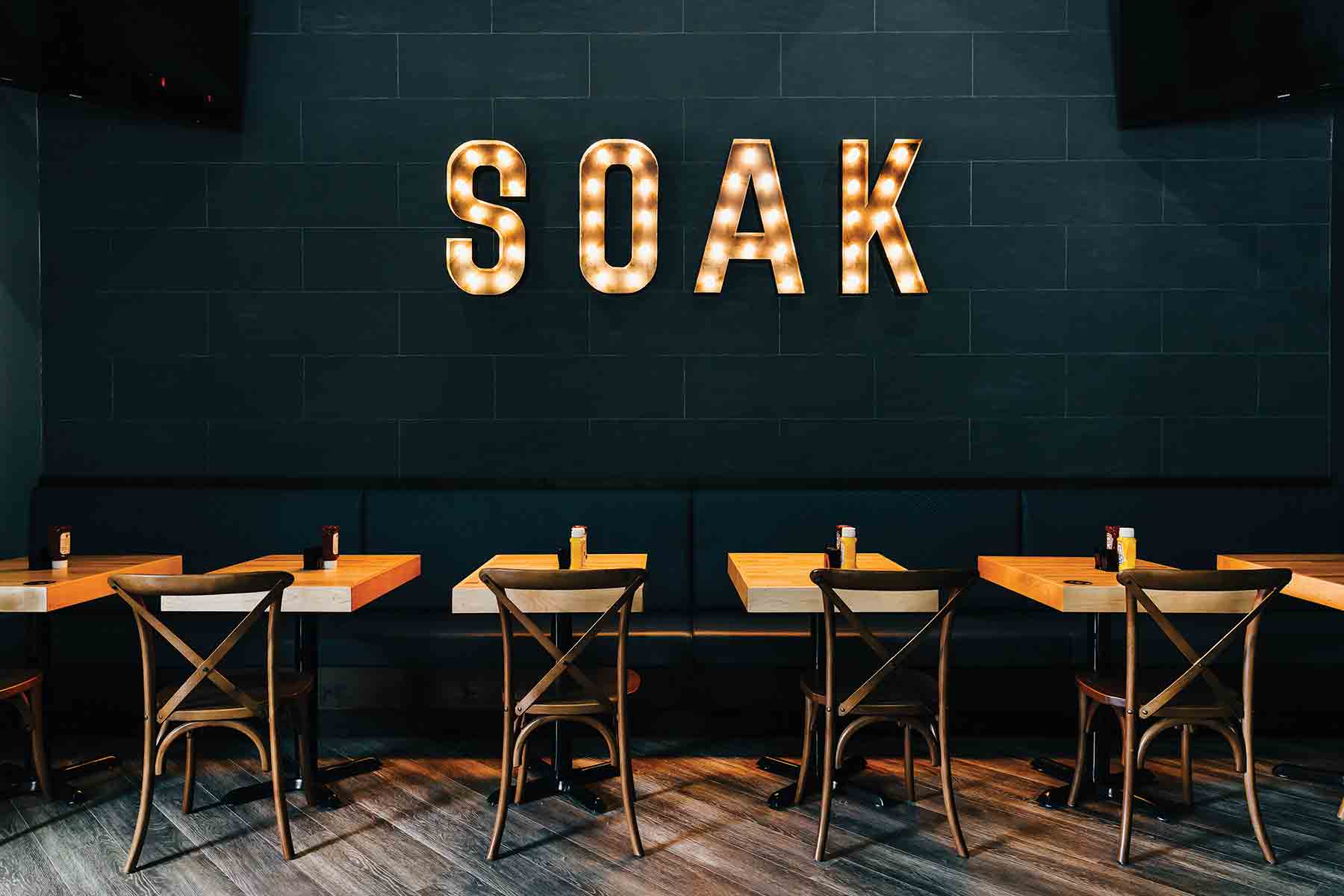 Very few places on earth are blessed with hot water just coming out of the ground. For us, it was important to put the framework together so we could move what makes this facility special to the forefront.”

Note the new name: Broadwater Hot Springs & Fitness. Hot water, which artesians out of the ground at roughly 150 degrees Fahrenheit east of the building, mixes

with cold water springs from below the racquetball courts providing a sulfur-free soak minutes from downtown Helena. 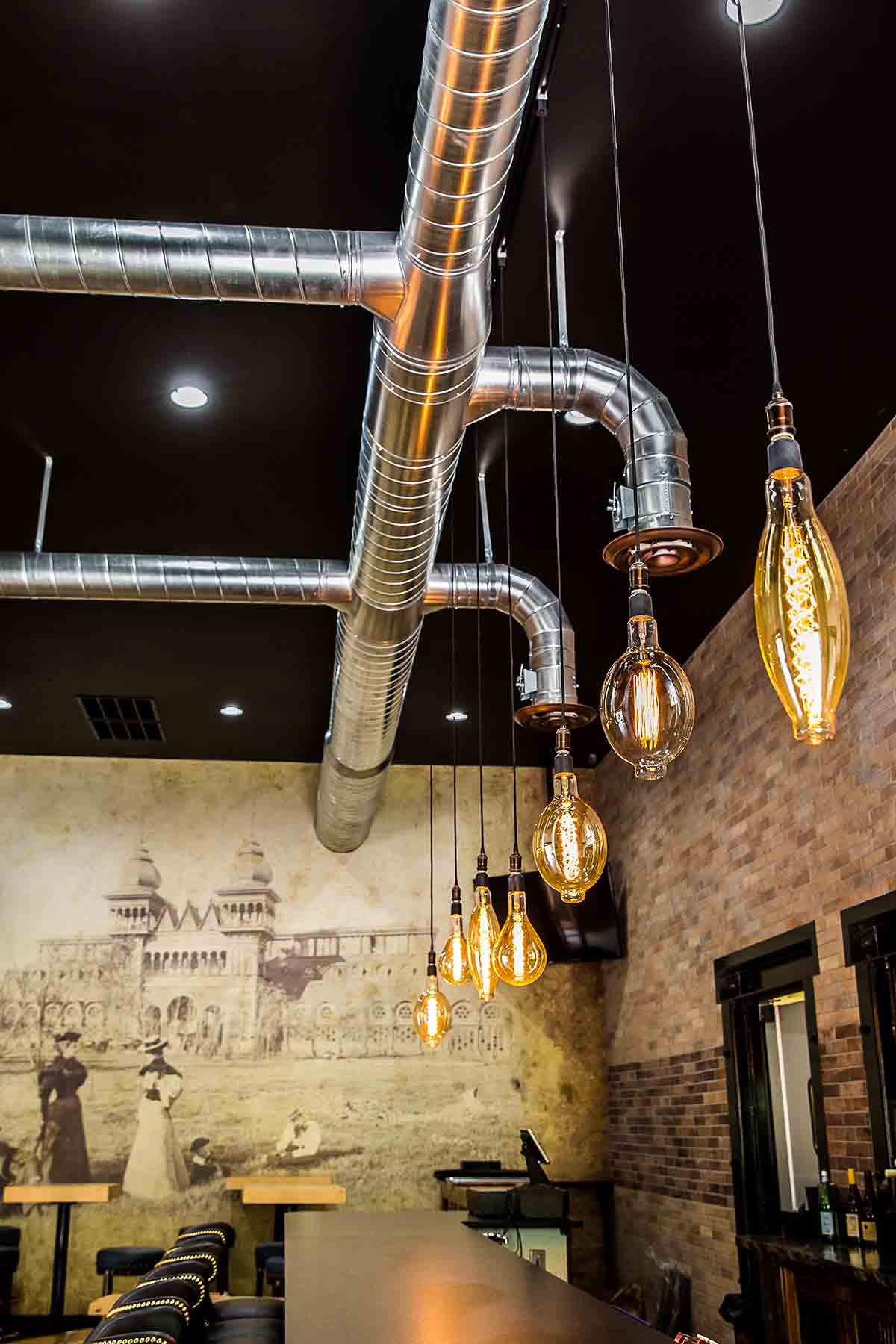 A newly-remodeled sauna and steam room

courts transformed into a grill and taproom (opening soon) offer

direct access to the pools via glass garage doors. The first (of three) pool remodel features a freeform saltwater pool dotted with boulders from Johnson’s parents’ property in Montana City.

“We’re trying to be organic with the rocks, landscaping, even the color of the water…you’ll notice a blue-green vs. a 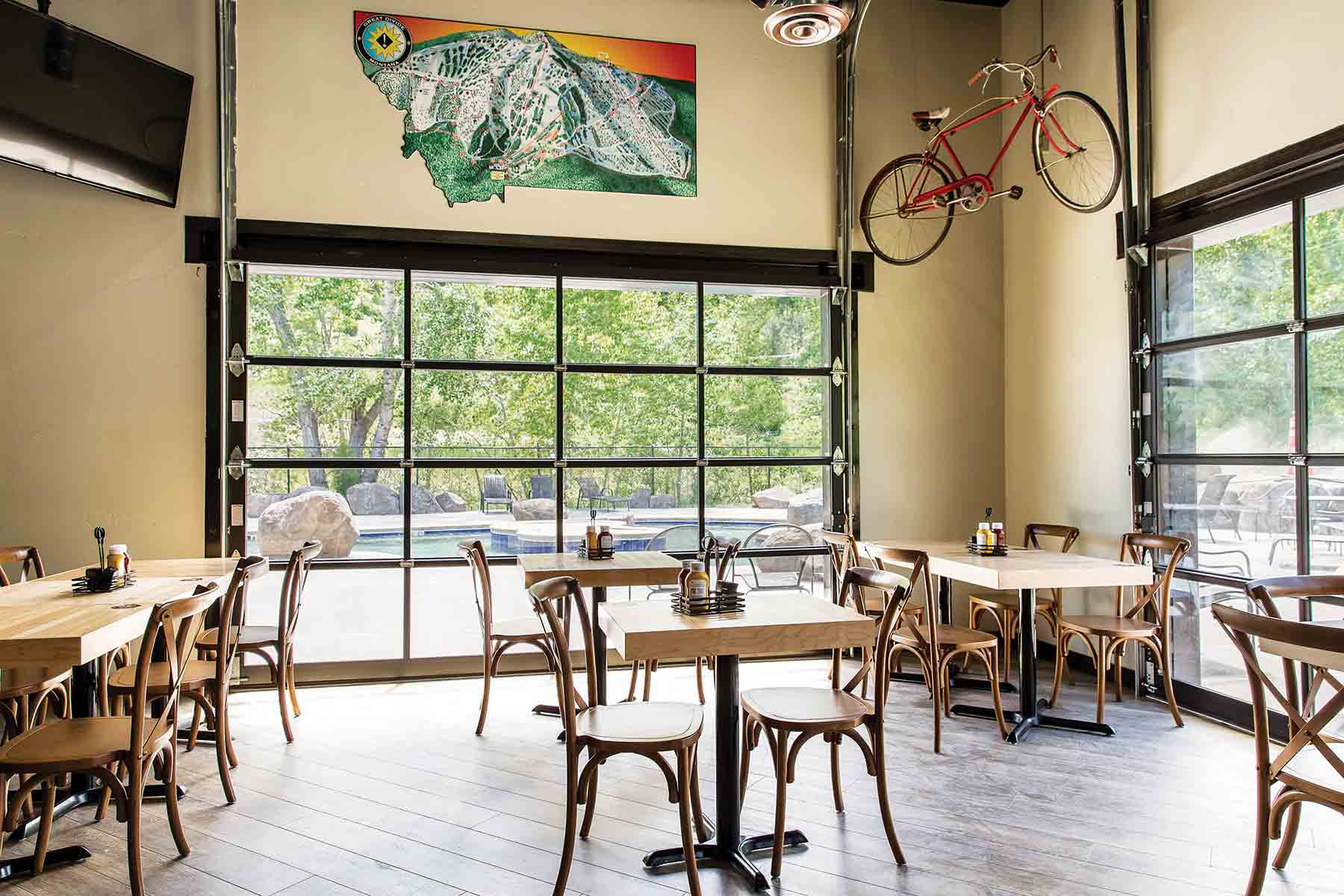 The whole flow of the Broadwater’s changing. Come and soak it all in.